Launch of the Warren Center

On October 18th, the new Warren Center for Network and Data Sciences will launch, which will unite the various research efforts at the graduate (and undergraduate!) level relating to network science, big data, game theory, privacy, and more. This Center is in some sense the research complement to the NETS degree program. Please join us for the kick-off event, which will be highlighted by Prof. Al Roth, recent winner of the Nobel Prize in Economics!

3 PM, FRIDAY OCTOBER 18, 2013
Harrison Auditorium,
Museum of Archaeology and Anthropology
3620 South Street
University of Pennsylvania
Networks and Algorithms: What Have We Learned from Market Design?

I will give a number of examples of market design, with some particular focus on computer-assisted marketplaces such as the ones being developed to facilitate kidney exchange. Organizing kidney exchange has at its core the development of good algorithms to extract efficiencies in the complex network of compatibilities between recipients and donors, in a way that makes it safe and simple for patients and hospitals to participate.

Bio:
Roth’s research, teaching, and consulting interests are in game theory, experimental economics, and market design. The best known of the markets he has designed (or, in this case, redesigned) is the National Resident Matching Program, through which approximately 20,000 doctors a year find their first employment as residents at American hospitals. He has recently been involved in the reorganization of the market for Gastroenterology fellows, which started using a clearinghouse in 2006 for positions beginning in 2007. He helped design the high school matching system used in New York City to match approximately 90,000 students to high schools each year, starting with students entering high school in the Fall of 2004. He helped redesign the matching system used in Boston Public Schools, adopted for students starting school in September 2006. He is one of the founders and designers of the New England Program for Kidney Exchange, for incompatible patient-donor pairs. He is the chair of the American Economic Association’s Ad Hoc Committee on the Job Market, which has designed a number of recent changes in the market for new Ph.D. economists. He is a Fellow of the American Academy of Arts and Sciences and the Econometric Society, and has been a Guggenheim and Sloan fellow. He received his Ph.D at Stanford University, and went to Harvard from the University of Pittsburgh, where he was the Andrew Mellon Professor of Economics. He is now back at Stanford.

Having coursework in social network analysis, mechanism design or economics, along with a fundamental understanding of computer science and algorithms will make Networked & Social Systems Engineering candidates stand out from all the others. 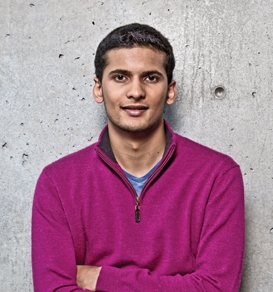